Yesterday, as I sat down for an hour-long writing spree, Robin Benway (author of one of my favourite YA books, Audrey, Wait!), tweeted this:

I’ve started the sequel to my first book (side note: I don’t care how pretentious that makes me sound, I love being able to say that I’ve written an entire book!) for the umpteenth time. I think this is at least the 7th time I’ve opened a new document.

If it was hard writing the first book, I can confidently say it’s even harder to write the second one. Because you can’t just make stuff up and expect people to go with it, no questions asked. You have to make sure you’re not contradicting yourself between book 1 and book 2. And – if you’re as ambitious and foolish as I am – if you’ve decided to write book 2 from a different character’s POV, then you have to go through the process of finding this character’s voice. Which is fun and exciting but can also be extremely difficult. 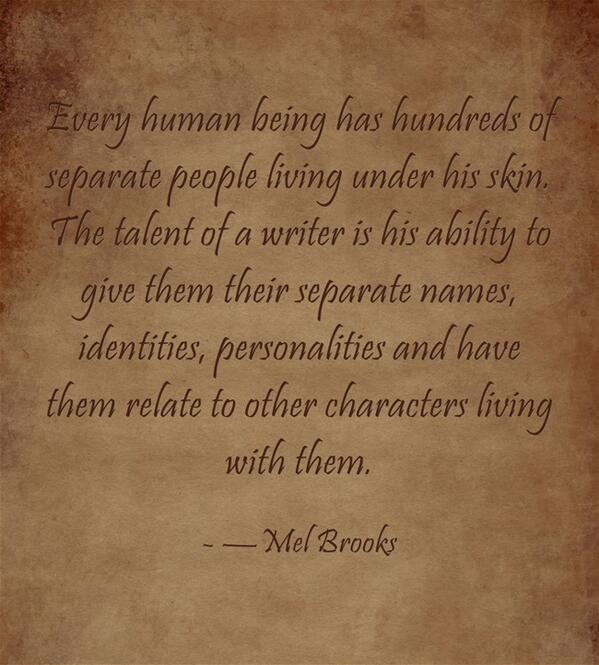 One of my favourite writing quotes.

My approach to writing is this: write down ALL THE WORDS and ALL THE THOUGHTS, even though I probably just repeated myself but that’s okay because maybe this particular paragraph works better in chapter 2 than it did in chapter 1 and I’ll just delete it later.

I’m not sure if I wrote book 1 the same way. I did, to a certain extent, write down EVERYTHING, but I was also sending out each chapter for a critique – which was both a good thing and a bad. I’m sure I’ve talked about this before: yes, the criticism made me a stronger (better?) writer, but there was also the overhanging fear of being judged that made it hard to just let my words flow i.e. “I’m going to send this chapter to him and he’s going to think I’m completely insane because even I’m not sure where I’m going with this, maybe I should take out that one part that doesn’t make sense to anyone except me”.

Whereas this time, since I don’t have to send it to anyone, since I technically don’t even have to show it to anyone until I’m ready – well, that means I can write whatever I want.

And then I’ll wish my future self good luck when it comes time to edit the first draft, because it’s going to be messy but hopefully worth it.