Last Wednesday, we saw Enter Shikari and it was extra special because, for the first time in our nearly 13 year long friendship, my friend Sylvia joined us for a concert! (I don’t know how we haven’t gone to a show together before). 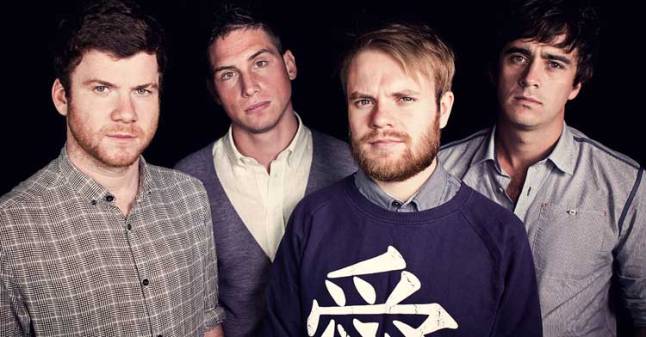 We took our time going in because the Mod Club is notorious for not opening doors when they say they’re going to open doors. And yet we still managed to walk in in time to see the first band – I the Mighty. They had the potential to be a band that I would enjoy (screaming, oddly danceable), but you know what I don’t enjoy? Being told what to do. In general, but also by the opening bands who yell at the crowd to be “livelier”.

I understand that it’s hard to perform when your audience looks bored, but as one of three opening bands, how many people do you think are there specifically to see you? Don’t waste your already limited stage time bossing me around, just play your songs and I’ll respect you.

I don’t usually like trash-talking bands. It takes a lot of work to put yourself out there in front of people and make music and heaven knows I’m neither talented nor courageous enough to try it myself…but these guys were not my cup of tea. I’ve found that, if I wasn’t previously familiar with their music, metal bands tend to sound chaotic. Most of the time, though, it’s organized chaos; you can start to pick out words or chords that make you nod your head and think, “yeah, I could maybe get behind this”.

But throughout their entire set, I felt just like the Dowager Countess of Grantham the first time she heard a jazz band:

“Do you think that any of them know what the others are playing?”

If you would like to hear them for yourself:

The next band was Stray From the Path. We actually saw them in September when they opened for Architects, and since Ro and I almost fell asleep during their set that time, we honestly couldn’t remember what they sounded like.

They were your standard openers; they hyped the crowd up, barreled through their songs, and even threw in a cover of The Ramones’ “Blitzkrieg Bop”. They weren’t too bad this time around; maybe I was more awake than the last time I saw them.

I’m not a hardcore fan; I know the words to maybe five songs. But ES is the most random assortment of genres, and it’s kinda hard not to find them catchy. This is how they’re described on Wikipedia:

…post-hardcore, electronicore (which they are considered to have pioneered),  alternative rock and experimental metal, fusing elements of various rock subgenres, such as punk rock, metalcore and hardcore punk, with elements of various electronic music genres, including drum and bass, dubstep, electronica, trance and industrial.

Basically, they’re a little bit of everything. And oddly, it works. You wouldn’t think they’d make sense with that many musical elements, but somehow it all blends together and you end up with amazing songs like “Sssnakepit” which was the first Enter Shikari song I ever heard and was also their show closer.

Some other highlights included “Anaesthetist” which is a song that I actually know the words to, and Sylvia’s favourite song, “Solidarity”.

And now the flood gates will open

The band was full of energy and the crowd was super pumped, which is always a nice feeling. The one issue we had was the fact that the band tended to pause between songs to adjust their mics or move around the stage/lope through the crowd to stand on top of the bar. Yes, standing on top of the bar was cool (we were on the balcony so we had an awesome view), but it also meant that they had to stop playing music for a couple of minutes. Which is fine every so often, but there were moments where they could have literally fit an entire other song into the set, but chose to wander around aimlessly for a while instead.

There was also a speech hating on One Direction which, while funny (I don’t actually mind 1D, but most of the crowd agreed with Rou), ate up part of their post-encore stage time. And by that point, it was almost 11pm and I was all “I have to go to sleep”, so I wouldn’t have minded if they had just launched right into their songs.

But, downtime aside, they put on an excellent show and I would recommend seeing them if you’re in the mood to thrash around a room.