As I mentioned in yesterday’s Music Monday post, I got the chance to see Nate Ruess’ live in Toronto, in support of his new solo album, Grand Romantic. 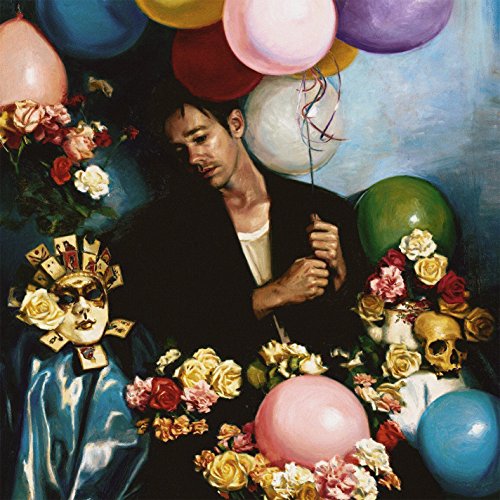 The opener was some dude with his keyboard, guitar, and laptop. I don’t recall him saying his name (plus the mics were definitely not loud enough), but according to Facebook, it was Wolf Saga, an indie/electronic/pop outfit from London (Ontario). He was decent, but wasn’t as energetic as I like my opening bands to be.

Nate came out at 9pm with the rest of the Band Romantic and launched right into it, kicking off with the “Grand Romantic Intro” while everyone settled on stage before officially opening with the super-summery-jam that is “Great Big Storm”. The set featured a lot of songs from the solo album – lead single “Nothing Without Love”, the danceable “You Light My Fire”, the excellent “AhHa”, even the very sad “It Only Gets Much Worse”, along with a couple of others.

But Nate didn’t ignore the bands most of his fan-base knew him from. He also played the three big fun. singles, “Carry On”, “We Are Young”, and ended the night with “Some Nights”.

Despite his own extensive catalogue, he also played two covers: Prince’s “Let’s Go Crazy”, and a gorgeous piano version of the P!nk song he featured on, “Just Give Me A Reason”. He joked about it during the performance, but I think he really did “outstage” P!nk, effectively hitting all the high notes and just making the song his own.

Not forgetting his roots though, he played “She Doesn’t Get It” by The Format, his old band. I don’t know about the rest of the audience, but I was pretty darn stoked to hear it live. And, at the risk of sounding much older than I am, hearing that song took me straight back to my high school’s cafeteria, sitting with my then-best friend, sharing headphones and bopping along.

One of the great things about seeing Nate Ruess live (in whatever band) is that he sounds exactly the same in real life as he does recorded. Obviously, some songs have vocal effects put on them during the recording process, but for the most part, he sounds the same, which just proves how impressive his voice is. He also has this weird charming quality where I don’t actually find him attractive but I’m oddly mesmerized by him all the same (I think that’s called charisma). And he has an almost theatrical vibe when he’s onstage, which makes for an entertaining show. Highly recommended.