I haven’t had time to write full reviews of all the books I’ve read recently…actually, I haven’t had a lot of time to read in general! But here are some mini reviews for the last couple of books I read (and didn’t talk about on Mind the Gap). 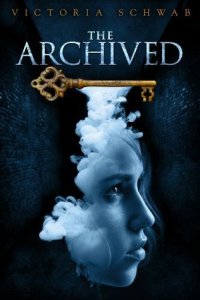 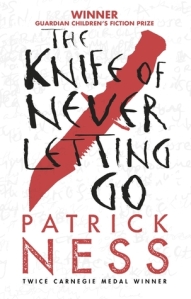 As you may know, I’m obsessed with V.E. Schwab’s Shades of London trilogy (here are my reviews of ADSOM and AGOS), so now I just want to read ALL THE THINGS she’s ever written. I loved the premise of The Archived, and even liked the characters (any love interest who wears guyliner is fine by me), but it took a while to really get going and there were moments where I felt like I had missed something. There was also a plotline that seemed predictable to me, but I liked how it was handled, and I found myself tearing up during some of Mac’s remembered conversations with her beloved grandpa. Even though her writing in this book is still a million times better than mine on a good day, it’s interesting to see how an author’s command over words can change over the years/books. (Rating: 4 interrobangs)

I decided to read this one because Douglas Coupland was going to be at my work and I figured I may as well give his writing a shot in case I ended up becoming his biggest fan. Spoiler alert: I did not become his biggest fan. I’ve always sort of suspected that I wouldn’t be into his style, but it was a quick read so I didn’t dwell on it for too long – just long enough to know that Sandra the babysitter was my favourite story. He’s one of those authors where I get the feeling I’m missing a deeper meaning (heavily veiled satire is not my jam at all). I did like the (occasionally gory) illustrations by Graham Roumieu – they have a Quentin Blakes-meets-Tim Burton vibe which is definitely something I’m into. (Rating: 3 interrobangs)

The Bartimaeus Trilogy: The Amulet of Samarkand – Jonathan Stroud

This was the first Jonathan Stroud book I read (13 years ago!! Literally half my life!!) and I remember being floored by how amazing it was. Thankfully, it lived up to my memories (this is the first time I’ve reread it in ages) and reminded me of why I became a Stroud fangirl in the first place (you may recall that I gush about his Lockwood & Co series all the time). Personally, I love how sarcastic Bartimaeus is, and Nathaniel’s cold detachement makes him an interesting – if not always likeable – protagonist. I’m just about done the second book now, so maybe I’ll do a full series review in a month or so. (Rating: 5 interrobangs)

This book has won eleven billion awards and is super hyped up in the YA book community, but I was so underwhelmed. It took over 100 pages for anything good to happen…and, in this case, “good” is relative. I didn’t love the style (phonetic spelling in books will always drive me bonkers until it’s being used to denote an accent…and even then it can get old quickly), I couldn’t connect with any of the characters, and, while I find a dog talking about poo as funny as the next person, after the seventh time Manchee said “Poo, Todd?” it stopped being entertaining. I know people love this book, but I was so disappointed, possibly because it’s dystopian (aka my least favourite genre). With a series name like “Chaos Walking”, I expected something so much more epic. (Rating: 2.5 interrobangs)