Similar to what I did with my “best albums of 2014”, I decided to do a top 14 picks. This was especially hard for books because of the 60+ that I read this year, less than half were 2014 releases. But here they are, in no particular order, with links to any relevant Fiction Friday posts (books that weren’t previously discussed for Fiction Friday have a blurb):

Made for You – Melissa Marr

If you want spine-tingly YA, pick this one up now!

How to Build a Girl – Caitlin Moran

Funny, sassy, British – is there a better combination of words?

The sequel to Miss Peregrine’s Home for Peculiar Children – excellent for its use of creepy old photography.

There were moments when my heart actually started pounding with fear.

Not the best Eoin Colfer book I’ve ever read, but yay time travel!

Shouldn’t You Be in School? – Lemony Snicket

Though technically released in 2013 in her native Australia, Marney’s Sherlock Holmes-inspired YA novel came out in Canada in October and I love it. I haven’t felt this way about a fictional character since Lockwood (see The Whispering Skull).

I don’t usually buy a cookbook and I certainly wasn’t expecting to include a cookbook in my “best books” list, but it’s Jamie Flippin’ Oliver, and this is a gorgeous book (food-wise, but also the actual design).

Edie might actually be my spirit animal. I’m not super stylish, but I like putting colours together and when my outfit is particularly (in my opinion) stellar, I do feel a little sad if no one notices. Sidenote: Edie’s best friend Andrew’s cuteness kills me.

Chu’s sneezes are so cute, I can barely stand it! Plus my two year old niece loves this book (and the first one, Chu’s Day), which makes them extra adorable.

Speaking of Neil Gaiman: hands down the best book I read this year, however, was Neverwhere. My interest in Gaiman’s work was renewed when I read The Ocean at the End of the Lane, but Neverwhere was the book that tipped me over into straight-up obsession. 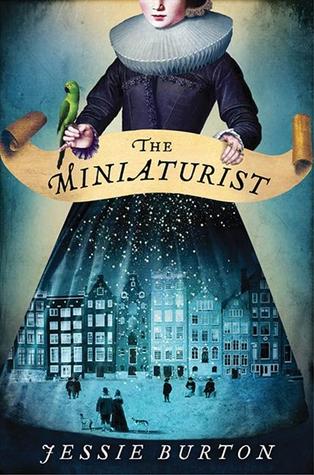