Even though Warped didn’t make a Toronto stop this year, I was in Chicago for their date and I truly feel like I finally experienced Warped the way it’s meant to be experienced. There were no delays from bands struggling to cross the border; all the merch was available instead of stuck in transit; and it was so hot, I broke into a sweat just by sitting still (rather than being rained on, which happens every year). We started the day with Young Guns (highly recommend) just after noon and ended the night around 7:30pm with Sum 41 (Canadians represent!) who drew a huge crowd. In between, we saw about a dozen bands total (including partial sets from bands we happened to be passing or who we caught while waiting for the next band), but the highlight for us was The Maine who ALWAYS puts on a stellar show. I’m so glad we got a chance to hit up Warped this year – the summer just isn’t the same without a day at pop punk camp! 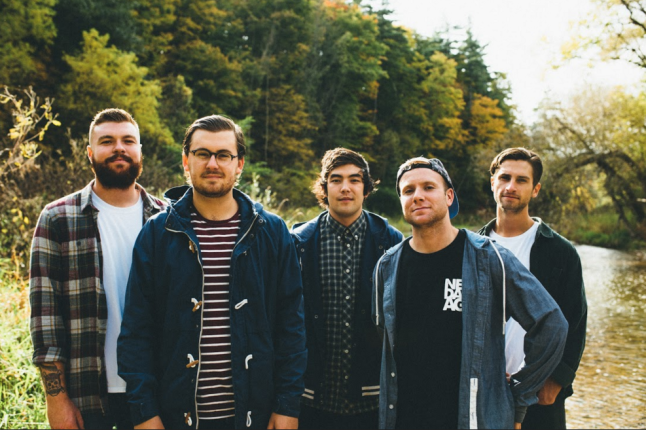 I’ve seen Seaway a couple of times before, but this was their first headlining tour (and they sold out their final date in Toronto!). They’re pure pop punk and I love it: nothing like thrashing around to bangers like “Freak” or “Your Best Friend” on a Friday night. I missed the first two opening bands because I was eating dinner (sidenote: people rave about Sneaky Dee’s but I was quite unimpressed – their nachos weren’t as good as other people would have me believe), but Coldfront was decent. I like how Canadian this tour was!

Nothing But Thieves – August 2 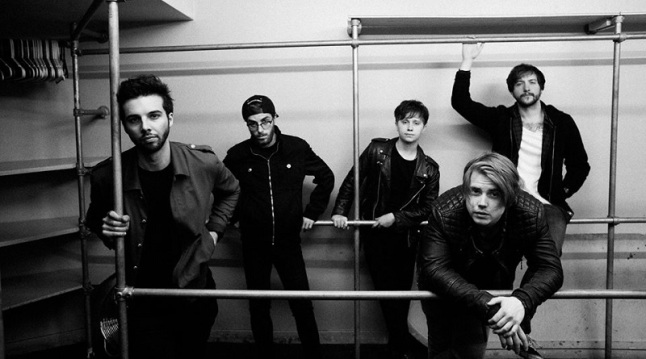 For something completely non-Canadian, we saw Nothing But Thieves play their first Toronto show ever at the Velvet Underground (I’ve never been there, so that was cool). Opening band Weathers was really good – catchy and decent performers – and the second band, The Unlikely Candidates, were okay, but the singer was greasy in an unpleasant way and it coloured my ability to enjoy them (you know in books when people go to shows and the band is made up of really sleazy dudes? That was this guy). Nothing But Thieves, however, was phenomenal. His voice is so impressive (and very Matt Bellamy) on the album and live he’s even more powerful – check out “Excuse Me” for an example of his range. The highlights, of course, were “Wake Up Call” and “Trip Switch“, but the whole thing was well done and I’d 100% see them again.

I’ve always wanted to see blink-182 live, and I finally got my chance on the 21st. I was all sorts of stoked when I originally found out that All Time Low was opening for them, and I definitely lost my voice during their set – they played “Six Feet Under the Stars” (the song that made me an ATL fan) which I wasn’t expecting, plus Jack Barakat ran past me halfway through the opening song (“Lost in Stereo“), and I ALMOST touched him. I’ve also heard great things about a live A Day To Remember show, and let me tell you, they did NOT disappoint. They’re literally everything I want in a band (and a little more), and I’m kicking myself for not getting into them sooner, because they’re sooooo good (“2nd Sucks” might be my new favourite song/video/thing in general).

So I was already pretty hyped before blink even came on stage…and while they were good, they weren’t as magnificent as I imagined. I’ve always heard that All Time Low’s stage presence was greatly influenced by blink, but there was no banter, and barely any audience interaction, apart from a handful of sentences thrown out by Mark Hoppus. And while the hits were awesome to sing along to (the crowd was so boisterous, I couldn’t even hear myself during songs like “The Rock Show” and “All the Small Things“), they seemed to be playing them by rote and without any real passion. I also have to say that, while Matt Skiba did a decent job on vocals, it was weird hearing certain songs without Tom DeLonge’s nasally voice, especially that second verse of “I Miss You“. It was still worthwhile seeing pop punk royalty like them, but they were probably more exciting a few years ago. Travis Barker is a MACHINE, though, and watching him drum was definitely the highlight of their set.

Rather than talk about something new today, I’m linking back to a couple of music-related posts I’ve written over the past month-and-a-bit that weren’t included on this blog!

–Neck Deep (you can also read my review of their Toronto show here!) 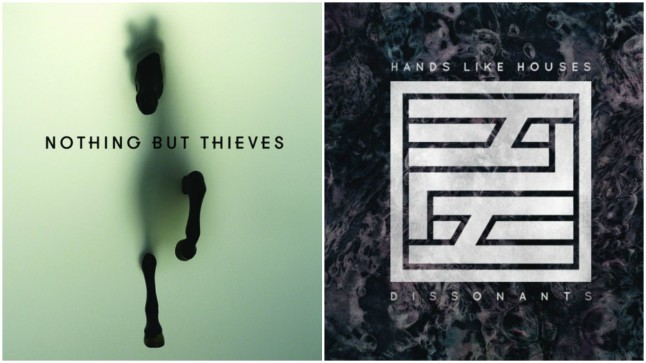 And in un-music related news, I also reviewed V.E. Schwab’s fantastic novel, A Darker Shade of Magic for both Mind the Gap and idobi!

I’m currently working on a review of Nothing But Thieves’ self-titled debut for idobi, so I thought I’d share my favourite song with you!

Formed in Essex in 2012, they’ve produced a couple of EPs and their full-length was released in the UK in October, but won’t be out in North America until early February. They sound like old-school Muse which is probably why I like them!

So far, they’ve toured with a bunch of other bands I really like, from Twin Atlantic to Young Guns to Gerard Way. I can only hope they start to make an impression on North America in the next year so that maybe they’ll make it over to my side of the world for a show or two!

What did you think of “Trip Switch”? Have you heard of Nothing But Thieves before? Let me know!