My NaNoWriMo project is about a female drummer. It’s all girl power and gender equality, etc etc, but instead of reading like a cultural studies paper, it’s rife with sensitive musicians and bitter band rivalries (side note: I’m already half in love with my lead singer, and all he’s said so far was “Thank you”. It was a really nice “thank you”, though).

One thing I quickly learned was that, despite being a music fan and going to several concerts in the past 4-5 years, I don’t really know a lot about drums. I have a vague idea of what they look like, and some of the terminology is familiar from taking music all through high school (i.e. snare drum, hi-hat, brushes, etc), otherwise drums are not my strong suit.

So I decided to research. I admit that my first point of reference was a delightfully detailed Wikipedia article (and I’ve actually looked at their sources to see how legit their information is).

Although ideally, one day I’ll meet a guy in a band who can teach me ALL THE THINGS about being in a band and thus I can do research AND achieve my goal of being a rockstar’s wife.

While I’m all for making up my own mythologies or tweaking history to suit my story’s needs, on some level, I believe that authors need to at least sound like they know what they’re talking about – even if they aren’t experts in that particular field. Otherwise, you lose credibility and people will distrust your writing.

Take, for example, the US Weekly article I read yesterday.

Now, I realize that US Weekly is a gossip rag and do people really take what they’re saying seriously? Maybe? I don’t know. I don’t usually read gossip rags (although I have a soft spot for Entertainment Weekly, thanks to Ro’s subscription). But the tagline under the picture is my favourite part: 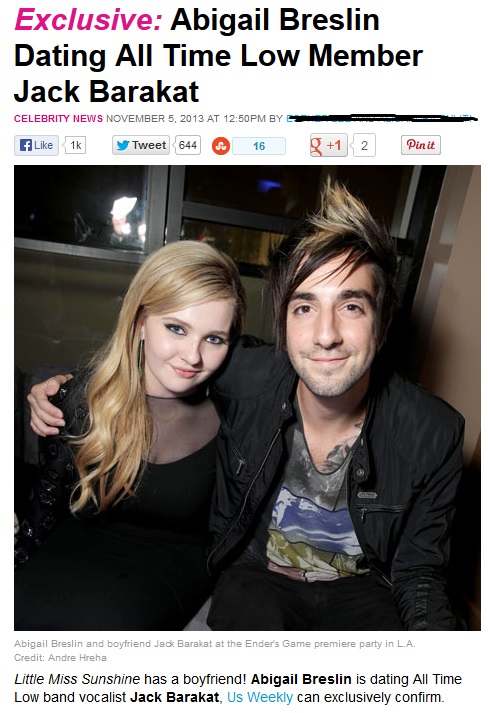 Yes, US Weekly, this is indeed an “exclusive” because you seem to be under the impression that Jack is the vocalist when he is ACTUALLY THE GUITARIST. How are we expected to believe this story when you can’t even get his position in the band right?

(To be fair, the Daily Mail article is even funnier i.e. calling Jack the “frontman”, using one of the oldest (and most scandalous?) pictures of ATL (the promo from like 6 years ago when they’re all in their underwear), referring to the band as being “hipster”, etc.)

And so my post on the importance of research has disintegrated into a post on mocking gossip articles (Sorry I’m not sorry. I’m always excited to see “my” bands mentioned in “mainstream” media, but I hate when the articles are fraught with inaccuracies).

Whether you’re writing a story or slapping together an article, the idea is the same: Research. Fact-check. If you’re going to make stuff up, make sure people understand that you’re purposely making stuff up and you’re not just lazy. It’s that simple.